After being more or less of an armchair pagan for the past years, I finally decided to tackle an area of paganism that I hadn’t touched upon yet – that of daily devotions.
Much to my chagrin, however, my trusted copy of Kondratiev’s The Apple Branch – as helpful as it is in other parts of our practice, e.g. seasonal activities, – let me down here. Neither did my other reference books, like the Big Blue Book, provide helpful insights. This is quite an interesting fact considering that most 101 books actually tell you to foster your relationship with the divine – they just fail to tell you how, apart from going into full-blown ritual, it seems.
So here’s a list of things I did find, as well as things that I’d like to try, time permitting.
1) To start with, we can say daily prayers to the divine. Cunningham, in his Living Wicca book, lists some nice ones, but they are too generic for me as a hard polytheist in that they are addressed to God and Goddess. One that I do enjoy, however, is one that you say as a grace before meals:
Goddess of the verdant plain;
God of sun-ripe grain;
Goddess of the cooling rain;
God of fruit and cane;
Bless this meal I’ve prepared,
Nourish me with love.
Bless this meal I now share,
With You both above. (Cunningham 1997: 63)
A modified version, saying “we” instead of “I” (since I hardly ever cook for only myself), hangs in my kitchen so that I remember it. And I find I really do need this little reminder, since I grew up in a liberally Christian household; while some of my family were and are devout people, praying is considered a private matter, and so we never say grace at the table.
I also love the following prayers for greeting the sun and the moon that I found in Kindling the Celtic Spirit (a great resource for season-appropriate activities and meditations, by the way):
To the Sun
Greeting to you, sun of the seasons,
As you travel the skies on high,
Strong your steps on the wing of the heights,
Glorious mother of the stars.
You sink down into the perilous ocean
Free from fear and harm;
You rise up on the gentle wave
Like a young queen in flower. (Freeman 2001: 212)
And here’s the one to the moon:
Queen of the Night
Greeting to you, jewel of the night!
Beauty of the skies, jewel of the night!
Maker of the stars, jewel of the night!
Foster-child of the sun, jewel of the night!
Majesty of the stars, jewel of the night! (Freeman 2001: 212)
What I find intriguing about these is that both the sun and the moon are seen as female – for my German-thinking mind, this is interesting as in my mother tongue, only the sun is female.
Anyway, I like structured prayers and I’m not too good in spontaneously making them up, so I’m thinking about getting a copy of the Book of Pagan Prayer. Does anyone know or own it and can recommend it?
2) Daily rituals that we can do to strengthen and balance ourselves include the following:
- We can centre and ground ourselves daily to get rid of negative energies. I like to use a visualisation of myself as a tree, with branches stretched out to the heavens and with my roots firmly planted in the earth, but use whatever works best for you. Another way that I found helpful is to do the sun salutation, but I have to admit that I’m too lazy early in the morning to do yoga ;-)
- We can cleanse ourselves daily, either by bathing/showering, or simply by washing our face in the mornings/evenings. This can easily go together with a short affirmation, as I’ve read some people in the PBP do; however, I haven’t quite established a working routine yet, so I can’t give any helpful hints here.
- Meditation also intrigues me as a daily practice. I’d like to set aside a few minutes each day to try, but my day isn’t structured enough at the moment to make it work. 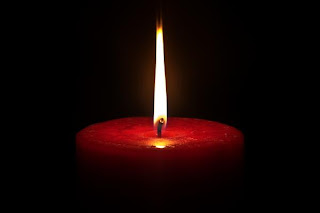 3) Daily devotions that help us develop a closer relationship to the gods and nature can include:
- A daily offering of flame and/or incense (personally, I love incense, but I don’t want to bother my husband with it every day). Telesco (2000: 148f.), for example, has a nice little ritual. Freeman (2001: 18) also recommends having a seasonal candle. Mine is sitting on the kitchen table; we leave it burning whenever we sit down to have a proper meal. In case you want to try it out, Freeman’s colour associations are:
white for Spring
green for Summer
yellow for Autumn
red for Winter
- I’ve also read of people giving daily offerings of bread. While I love the idea, especially if it’s self-baked bread, I still haven’t figured out where to dispose of the offering – the trash is too irreverent, but I don’t have a yard, or for that matter, any patch of earth nearby. So I’d be grateful for any ideas.
4) While I’m still struggling to find a working daily practice, my weekly one is fairly thought out. I’ll give offerings of flame to my gods in a specific order:
on Mondays, a green candle for my matron Anann
on Thursdays, a red one for Thor
on Fridays, a blue one for my patron Manannán
I’m also planning on incorporating the Morrighan, but I haven’t found an appropriate day yet. Her candle will be purple, however.
I’m also considering painting my toenails green in honour of Anann (this lovely idea stems from gleewood.org; a great resource for any seeker, by the way). 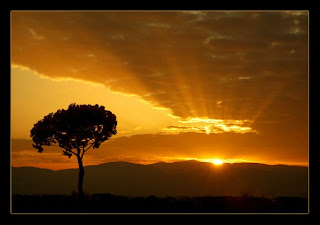 5) Looking through my resource books yesterday, I was fascinated by a suggestion to get up with the sunrise once a month and dance (Telesco 2000: 150). I’m not a morning person at all, though, so I guess I’ll have to give it a pass.
I totally didn’t plan on this post to be that long, so I’ll quickly end with some wise words by Galina Krasskova (2005: 179): “In  reality,  that’s  the  key  to  spiritual  emergence:  consciously  centering one’s life around the Gods. Everything else is decoration.”
Sources:
Cunningham, Scott. 1997. Living Wicca. A Further Guide for the Solitary Practitioner. St. Paul, MN: Llewellyn.
Freeman, Mara. 2001. Kindling the Celtic Spirit. New York: HarperCollins
Kondratiev, Alexei. 2003. The Apple Branch. A Path to Celtic Ritual. New York: Kensington.
Krasskova, Galina. 2005. Exploring the Northern Tradition. A Guide to the Gods, Lore, Rites, and  Celebrations from the Norse, German, and Anglo-Saxon Traditions. Franklin Lakes, NJ: New Page Books.
Telesco, Patricia. 2000. A Charmed Life. Celebrating Wicca Every Day. Franklin Lakes, NJ:
The Career Press.
http://gleewood.org/seeking/practices/daily-practices/
images:
http://images.fineartamerica.com/images-medium/one-red-candle-gary-smith.jpg [red candle]
http://www.designzzz.com/wp-content/uploads/2010/03/Sunrise_Tree-600x421.jpg [sunrise]
Eingestellt von Harzgeist um 03:12