A couple weeks ago, a dear friend of mine told me that she had finally decided to leave the church. She has been a practicing Wiccan for several years now and she feels that finally, it is the right time to leave behind Christianity for good and enter a phase of her life in which she will be openly pagan. For her, this is a very important step. A mutual friend is organizing a “leave the church” party for her to commemorate this rite of passage.
This got me thinking about why I am still officially a member of the Catholic church and if I shouldn’t leave the church behind with her. After all, about 15,000 people from the diocese that my city belongs to have decided to leave the church in 2010. So why shouldn’t I be one of them? 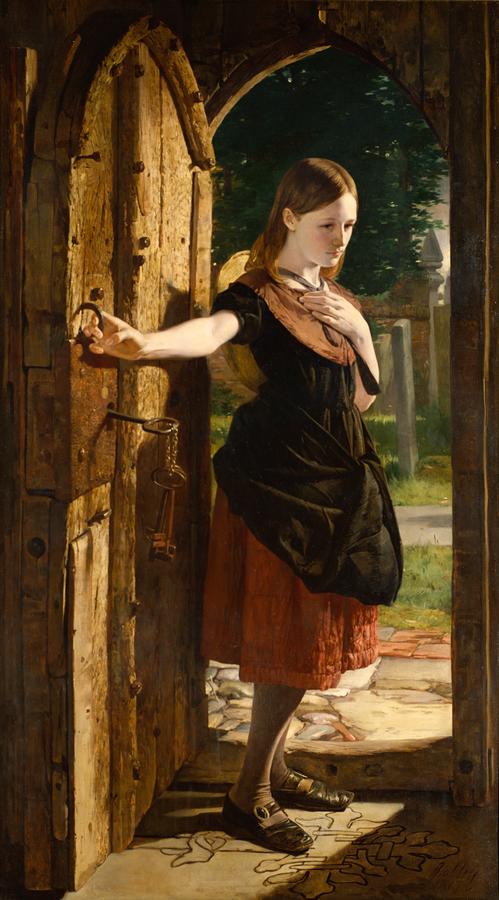 To be honest, I have more than enough reasons to leave:
First, I simply do not believe in the Christian god, so there’s no real point of me in belonging to a church that praises Him. After all, I’d also leave other clubs when I don’t agree anymore with their tenets.
Second, I don’t agree with how the Catholic church especially handles some issues, for example the participation of women in the service or celibacy. Don’t get me wrong here, I have nothing against people who decide that they want to lead a celibate life; I just don’t feel it’s right to make it obligatory for every priest, especially when the numbers of those who want to take their vows are plummeting.
And third, I’m reluctant to finance said institution by paying church taxes, since the largest amount of the money is not used for charitable causes, but for the priests’ salary.

However, while I admire my friend as well as the 15,000 others for doing what feels right to them and for not caring what society will think about it, I still feel reluctant to leave the church.
For one, I don’t have to pay said taxes yet, as I’m still a student. So my stance on the issue might well change when I’m entering the working life at some point in the future.
And more importantly for me, as much as I disagree with Catholicism, it is the faith in which I was born and raised, so in a way it formed who I am today. Moreover, I’m wondering if I would actually benefit from leaving. After all, since Paganism isn’t a recognized religion in Germany, I doubt that I could put “Celtic Reconstructionist” or even “pagan” on my passport where it says “religious affiliation” (and I wonder if that would be a wise choice anyway, as some application forms, e.g. the one that assigns you a place for your teacher’s training, still require you to enter your religion).
And finally, Catholicism is my family’s faith. My dad was a more or less devout person, and my great-grandma used to pray for our family every night. In this sense, Catholicism is still our family faith, and I feel that as a member of my family, it is important to honour this even if I don’t belong to the faith any longer. In a way, this is what honouring your ancestors means for me: not just to honour the rites of our pagan ancestors, but also – and more importantly – to honour those of my family who have just passed on, as well as the rites of my elders.

So how do you handle this? Are you still part of a Christian church, or have you left long ago? And what are your reasons for leaving or staying?
Eingestellt von Harzgeist um 03:34